From California to Carolina North

I spent some quality months in Pleasanton house of Anand in 2008. I liked the house. I loved its deck in the courtyard and the Santi Kunj Corner created by Shannon where I had lot of fun with Emma. My morning walk with Emma used to be the most enjoying. And then came Zach and he came so close to me in the few days that I spent with him. I learnt many things too about the child psychology during the time. 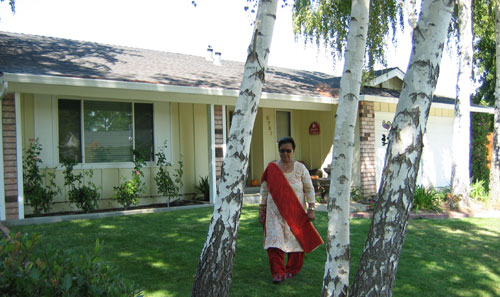 And between that time and now Shannon and Anand planned and have now moved to Carry in North Carolina renting their house in Pleasanton. Their new house in Carry is already in the last phase of completion. They have shifted there with Emma, Zach and Bart and are putting up in a fully furnished apartment during the transition period. I don’t know how good will be the ambience in Carry, though I hope it will be nice. However, the climate of Pleasanton can’t be transported to Carry.

When Shannon started packing and the house was getting emptier every day, I was pondering about how Emma and Zach must be thinking about it. They were so used to it and its surroundings. During our regular digital dialogues though it never appeared that Emma and Zach are concerned about the activities going on for the transportation.

However, Shannon ultimately wrote about Emma’s reactions in a nice mail from Carry that is given in original below.

I am sooooo beat. I should be sleeping and not typing this. 🙂 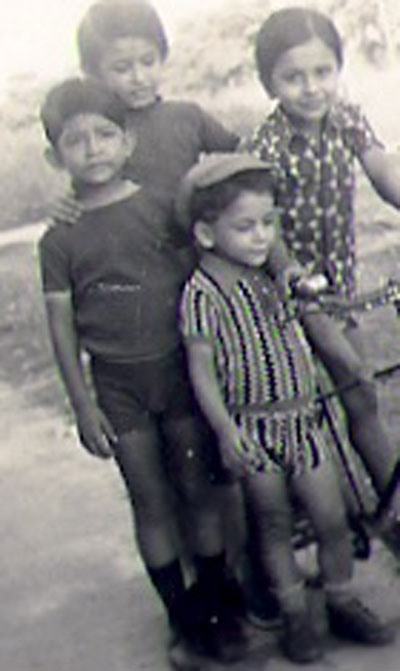 We are here. But what a time it has been.

Sunday night Emma finally got it. She finally really understood we were leaving. Everything was packed in boxes and life was inconvenient. She cried and said she didn’t want to leave the house. That she loved the house and wanted to take care of it. My heart broke.

Monday morning I took them to school in the rented van because our van was about to be picked up for transporting. She cried and cried and said she wanted to be in our car and that it was sooooo beautiful. I choked back the tears. When I got her to school, her teacher misunderstood her last day and gave her cubby away. Emma was dejected and crawled into a cubby and wouldn’t come out. That day the movers came out and emptied the house. It felt a bit surreal.

Once they left, we picked up the kids…and so with them, Bart, his crate, 5 suitcases, 2 backpacks, 2 car seats, a purse, a bag of food and minnie mouse, we headed for our hotel near SFO. That night went ok. I sat on the bathroom floor for awhile drinking a glass of wine while waiting for the kids to sleep and Anand to come back from dropping Bart at the airport.

Tuesday. Ugh. It wasn’t as nightmarish as I thought it would be. We got up at 4am to get ready since our flight was at 7. Emma was a real trooper. A true traveler. She was fine with the whole ordeal. Zach looked like “What the heck is going on with you insane people??” The kids were awesome on the flight till we had to change planes for the last hour. And then they lost it. I couldn’t blame them. I thought I was going to through a temper tantrum as well.

The apartment is ok. Small and a bit old. We had them take out some furniture so now it’s more livable. Bought our groceries and other things so now we feel more settled. I also registered them for a school I really liked. They start Tuesday.

But I’m homesick. So is Emma. She keeps asking if we can go home now. Anand has been great. He keeps my spirits high and keeps reassuring me. We drove by our new home today and I told Emma that was her castle. She exclaimed, “It’s perrrrrrfect.” I felt alot better then. 🙂

All in all, it’s fine. They have all the same things out here (minus In-and-Out) including Whole Foods and Trader Joe’s. So it’s ok. The people are nice and the weather has been very kind to us. Sometimes I’m afraid that I’m such a Californian that I won’t be able to adjust. I’m sure it’ll just take time.

Anyway, that’s it for now! I truly miss you all… 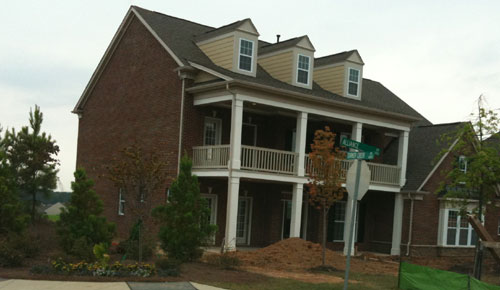 Shannon has a lot of experience. I remember how badly was she feeling as Bart couldn’t accompany her when she moved from Australia to California. But the transfer this time was the first one of moving with two small kids-Emma and Zach. I can fully appreciate the emotional attachments with the place you live for some time. The utterances of Emma never surprised me. We hardly understand and appreciate what goes on in the mind of the innocent children who try to find the answer of the going-ons at the home on their own and try to have their own ideas of it. I wish we could read it well and accommodate that or facilitate it to make it smooth. As I was not there, I can’t authoritatively about the psychological reactions in the minds of the members of Sharma clan of Pleasanton. But perhaps they undertook it pretty objectively and did it successfully. Perhaps, the worst is over.

We from this distant land have kept on just praying.

This entry was posted in personal, usa. Bookmark the permalink.