Sane Indians! Get It Stopped

I have a rich Gujjar crorepati builder, with almost no formal education but very smart in personality as neighbour. Every time her wife with three sweet children comes in to meet Yamuna, I advise her for giving good education to the kids that we think they hardly have bothered till date. I can only say because of their complexion and cuts that they can’t be from schedule tribe.

I am watching the Gujjar agitation closely. Today I saw the Gujjar protestors burning effigies and tires, pelting stones, shouting slogans, and blocking traffic on all the roads leading to New Delhi from the neighbouring states. As reported, the government engaged more than 35000 police and paramilitary personnel to avoid any major mishaps. 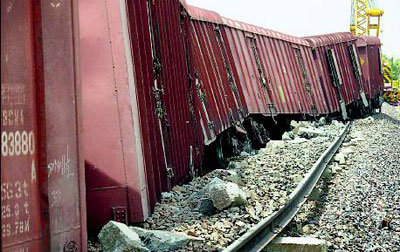 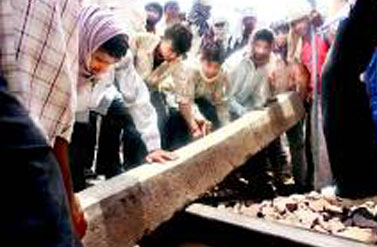 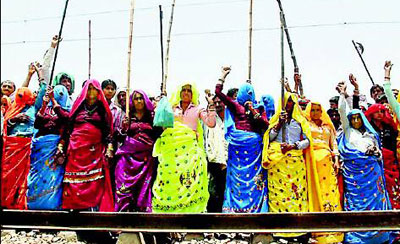 I am sure the scenes of Gujjar agitation on their TV scene must have shocked most of the Indians. How can uprooting of railway sleepers and lines be a part of democratic agitation? How can criminal bandits with guns in hands be part of the agitators? Why should kids and women form a protective wall? Can we call it the democratic means to attain what we want? What happened in last few days changed my opinion about the people of the region. Normally, I had experience of such violent acts in the agitation of West Bengal. The scene of a large number of tyres burning was really horrendous, and the agitators appeared to be enjoying the fun of the happenings with no fears of any sorts from the police force present in huge number. Is the police presence also the part of the politics? Why should the government not care about the commuters? If the government can’t assure the free movement, it must declare it in advance and provide advisory so that the people would not come out of their homes.

But more important is the reason for the agitation. Gujjars instigated by a leader K S Bainsla who claims to have worked in Indian armed forces want the community to be placed under Schedule Tribe category in Rajasthan.Gujjars see ST tag as ticket to development. Surprisingly, as reported, Gujjars of Jammu and Kashmir and Himachal got the tribal status way back in nineties. Why should it be done state wise, if it is to be done at all?

The great makers of our wonderful constitution did provide for a reservation for schedule caste and schedule tribes for just 15 years. The politicians kept it extending and expanding. With zamindari gone, there is hardly any difference among the economic conditions of different castes at grassroots level. If one takes the photographs of the Brahmins in some congregation, it will be difficult to find any difference between them and Gujjars or for that matter any other caste too. Any differentiation on basis of the caste is criminal and divisive. The country can’t pull on for long with such sorts of demands and such a waste of energy for useless issues.

Is it not insane act to think of such categorization after 60 years of Independence? Is it not because of the selfish motive of politicians who initiate such issues? I was amazed to see Gujjars from different parts of the country, as far as Ahmedabad in Gujarat protesting to show their sympathy with Rajasthan Gujjars.

Nothing can justify this sort of agitation that causes damages to the national assets and ceases the essential services causing so much inconveniences and loss of the individuals and the nation. Can these people not realize some of the mental agonies of the individuals stuck in this mesh? Can’t there be a consensus on the methodologies of agitation? Why should not they follow Gandhigiri?

Why can’t the leadership of the people of India appreciate the menace that they have created and once forever declare that the country will have no more quota and reservation based on caste and community? Every citizen will be provided what he deserves based on his ability and performance.

I wish Gujjars had concentrated on educating their children to make them Brahmins instead of degrading themselves for a S/T status.